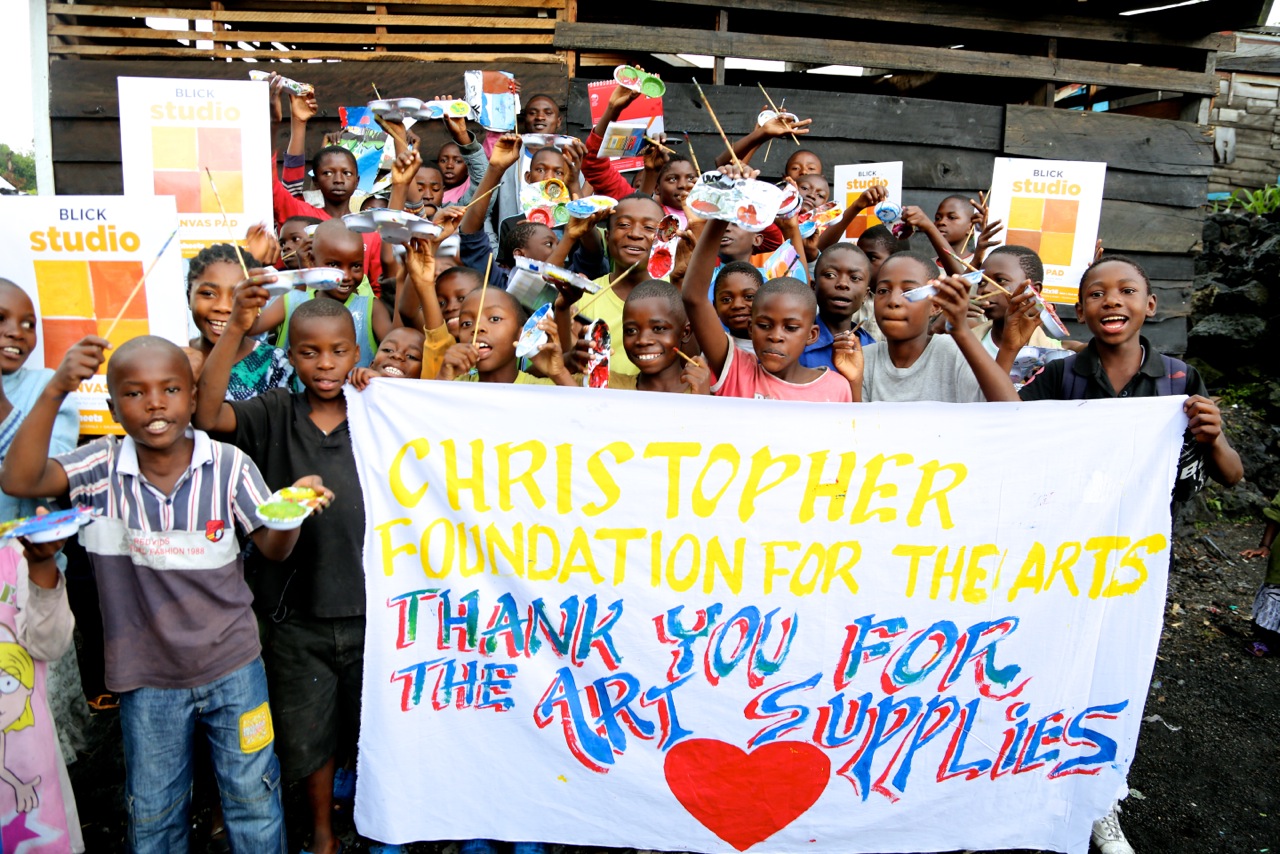 Continuing its mission working with children in conflict zones, Rogue Foundation was in Goma, Democratic Republic of Congo in October 2014 to support CAMME, a local organization specifically helping children who have not found help in more traditional rehabilitation centers.

The project brought art supplies for the children to paint and express, and was a week of creativity away from their daily struggles and concerns. Children that come to CAMME have often been the victims of traumatic events that are too horrible for most of us to imagine – forced conscription as child soldiers, sexual assault, starvation, begging on the street, and more.

The project follows the same format as Rogue Foundation’s previous in Haiti, Afghanistan, Syria and New York with an exhibition of the children’s work planned at Rogue Space | Chelsea in December 2014. All proceeds being returned to the children to further support their educational and lifeskill programs.

Not only is Goma located in the midst of a Congo’s red zone, where civilians are routinely slaughtered or raped by soldiers and rebels, but it is also the most volcano-threatened city on earth and commonly regarded as the most dangerous city in the world. The conflict in Congo has claimed in excess of 5 million casualties, more than any war since WWII.